Home La Liga PSG offer Kylian Mbappe a blockbuster contract to keep him from the... 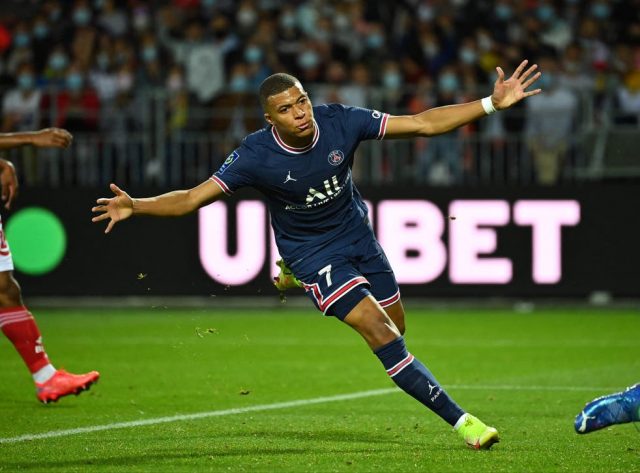 With Kylian Mbappe inching towards a free transfer to Real Madrid this summer, PSG have presented the French forward a whopping contract offer to keep him for two more years. According to Le Parisien, PSG are willing to pay Kylian Mbappe 50 million euros per year in wages for two more years. This comes out at about one million Euros per week. PSG are willing to offer Mbappe whatever it takes to keep him. PSG are also offering a 100 million Euro loyalty bonus. This means that they will pay the former AS Monaco forward 200 million Euros in total over two years in order to keep him at the Qatari project through the World Cup. They are ready to make him the main man in the presence of Lionel Messi and Neymar.

There is growing pressure on Kylian Mbappe to stay at Paris Saint-Germain beyond the expiry of his contract in the summer although the 23-year-old has rejected all PSG contract offers so far.

His brace at the weekend put him second on the all-time PSG goal scorers list. He needs 44 more goals to break Edinson Cavani‘s club record of 200 goals. One more season at PSG could see him make history. “I’ve equalled [Zlatan Ibrahimovic‘s tally] and, if there are no big problems, I’ll overtake him,” Mbappe said. “Cavani’s record remains [to be broken]. We’ll see how it goes. You can’t ignore the prospect of being the top scorer in PSG’s history. My goal has always been to leave a mark on people’s memories, either with statistics or visually or emotionally. I’m happy to do it here in Paris. I always wanted to be the first. We have to keep looking for it because there are still games left. But the main target is to win titles, the Champions League or another Ligue 1.”

The Mayor of Paris has urged him to stay. Mauricio Pochettino wants him to stay. Fans want him to stay. They carried a banner in the Auteuil stand of the Parc des Princes that read, “From Bondy to Paris, Kylian, your story is written here.” French media want him to stay. PSG are offering him a lot of money to stay. It remains to be seen whether he’ll bite. He was a Real Madrid fan as a child and he wants to become a galactico for Florentino Perez and Carlo Ancelotti. We wait till the end of the season to see what he decides. PSG are targeting Barcelona’s Ousmane Dembele as a potential replacement.