According to the president of Poland’s Football Association, Cezary Kulesza, Poland will not play their scheduled World Cup playoff against Russia next month in protest against the invasion of Ukraine. Moscow was scheduled to host Poland in the semi-finals of its World Cup playoffs on March 24. If the team advances, it is scheduled to host either Sweden or the Czech Republic on March 29 in the Path B final.

“In light of the escalation of the Russian Federation’s aggression against Ukraine, the Polish national team is not going to play a match against the Russian Republic,” he said on Saturday. It is the “only correct decision,” he said. The Polish president, Andrzej Duda, replied directly to Kulesza’s Twitter announcement, writing: “And rightly so, Mr. President. You don’t play with bandits!” Poland’s prime minister, Mateusz Morawiecki, added: “You cannot play a match against Russia under such circumstances … Thank you so much for this decision.”

Bayern Munich striker and Poland captain Robert Lewandowski also quickly supported Kulesza’s words, writing on Twitter: “It is the right decision! I can’t imag ine playing a match with the Russian National Team in a situation when armed aggression in Ukraine continues. Russian footballers and fans are not responsible for this, but we can’t pretend that nothing is happening.”

In a separate statement, the Poland national team said: “We, the players of the Polish national team, together with the Polish Football Association, decided that as a result of Russia’s aggression against Ukraine, we do not intend to play in the play-off match against Russia. It is not an easy decision, but there are more important things in life than football. Our thoughts are with the Ukrainian nation and our friend from the national team, Tomasz Kedziora, who is still in Kyiv with his family.” The 27-year-old Kedziora is a defender for Dynamo Kyiv. The statement was signed with the hashtags #SolidarnizUkraina (Solidarity with Ukraine) and #NoWarPlease. 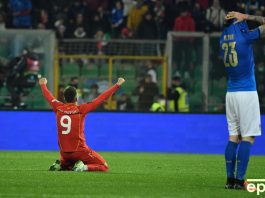 Italy fail to qualify for the FIFA world cup for the... 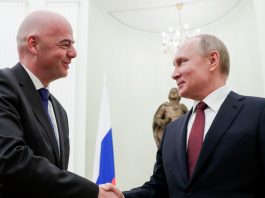 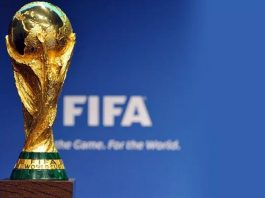