Juan Cuadrado has put doubts over his future to rest after agreeing to a new deal keeping him at the club until 2023. It is not much of a surprise, considering that he had an appearance clause in his previous contract. The clause kicked in when he played his 40th game in all competitions against Cagliari last weekend. Cuadrado’s new deal is the second extension Juventus has announced in as many days after backup goalkeeper Mattia Perin finalized his deal, keeping him at the club until 2025.

The 34-year-old has found some semblance of consistency in recent years. Despite being at the twilight of his career, he remains an important piece of the puzzle at Turin. Since joining the Old Lady in 2016, the Colombian has made 262 appearances scoring 24 goals and providing 59 assists. Whether he is playing as a winger or a wingback, he has shown the efficiency and consistency he failed to muster during his early days at the club, where he was considered one of the more frustrating players.

Juventus have several players they are looking to tie to new contracts. Mattia De Sciglio, Federico Bernardeschi, Leonardo Bonucci, Mattia Perin, Daniele Rugani, and Adrien Rabiot are yet to agree to new deals. With the club looking to balance its wage bill, they would have to take pay cuts or find themselves new clubs. 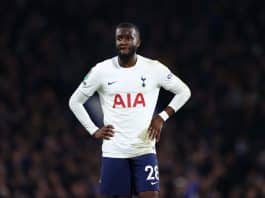 Napoli and Tottenham Hotspur close to agreement for Tanguy Ndombele 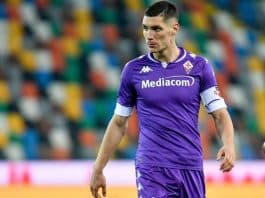 OFFICIAL: Nikola Milenkovic extends his contract with Fiorentina until 2027