RB Leipzig has parted ways with American head coach Jesse Marsch after the club’s loss to Union Berlin on Saturday. Achim Beierlozer will take charge of the game against Manchester City in their midweek UEFA Champions League tie. The club will accelerate talks for a new coach. The 48-year-old came from RB Leipzig’s sister club Red Bull Salzburg, but he has been sacked after only three months following a poor start to the season that sees the club languishing in 11th place on the Bundesliga table. In 23 games across all competitions, last year’s DFB-Pokal finalists won only nine matches under Marsch. They lost ten and drew four including an embarrassing 4-1 home loss to Bayern Munich. He was brought in as a replacement for Julian Nagelsmann, but his time at the Red Bull Arena has been a disappointment.

They lost Marcel Sabitzer to Bayern Munich, but they have one of the best teams in the Bundesliga still.

CEO Oliver Mintzlaff said; “It was not easy for us to part company with Jesse Marsch, because I hold Jesse in high regard as a person and as a coach. It is a shame that things did not work out as we had hoped with this setup, and that this step has now become necessary. Unfortunately, the development we were hoping for and the results needed to achieve our goals for the season have not been achieved. We are currently running short of our own expectations and with this decision, we want to create a new impulse. Regardless of this, however, I also see our players as having a duty and I expect our team, which is very strong in sporting terms, to show its potential and quality on the pitch more consistently than it has done recently.

I would like to thank Jesse Marsch for the work he has done and wish him all the best, both personally and professionally.”

Jesse Marsch said; “I am very grateful to be part of the Red Bull family and to have been given this opportunity! Up until the very end, I remained hopeful that after a troubled start to the season and inconsistent performances, we would find more cohesion and stability as a group and turn our fortunes around. Unfortunately, we didn’t manage to do that – after a discussion with Oliver Mintzlaff, we came to the joint decision to make a change in the coaching position. I keep only  positive thoughts in my mind and wish for the club, the team, the staff, and all the fans that RB Leipzig finds its way back to its old strengths very quickly and, given the quality in the team and in the club, I am sure that the club will achieve its goals.” 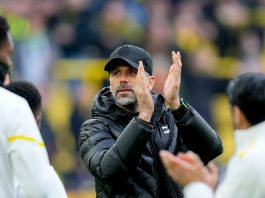