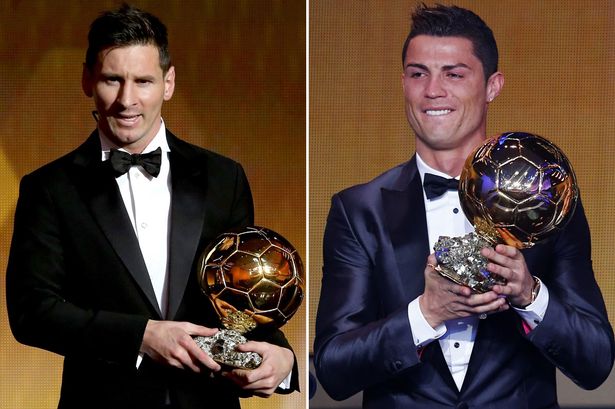 Real Madrid skipper Sergio Ramos has said that Lionel Messi and Cristiano Ronaldo deserve their own Ballon d’Or award separate from the rest of the football world.

Ramos said this during an interview with Chile legend Ivan Zamorano onTUDN.

Messi won his sixth last week, putting him ahead of Ronaldo who has five awards.

“They could make a Ballon d’Or only for Cristiano and Messi,” Ramos said.

“Then there could be another for the rest. In the end it’d be better for football.”

Ramos has been key in their recent domination of Europe, winning four Champions Leagues in five years in the capital, but there’s one moment that stands above the rest for him.

“The goal in Lisbon,” he responded when asked what was his best Champions League memory, “it’s the most representative of recent years on a personal level and for Madrid.

“It changed history because it helped us to win it again and win three in a row.

“The Champions Leagues are like my children though, I can’t tell you which I love the most.”

Madrid meet Barcelona in the season’s first Clasico on December 18, which Ramos is excited for.

“The two teams are going through a good spell,” Ramos added.
“It motivates us to win when the opposition are very good.

“But regardless of how we are going into it, it’s a very different game.

“We hope we can win and top the table.”

Now 33, Ramos knows that his career won’t last forever and he made a suggestion regarding his successor at the Estadio Santiago Bernabeu.

“There’s a very good academy at Real Madrid and you have to keep that national base.

“There are good players on the market though and Madrid can sign.

“[Matthijs] De Ligt is a defender with a big future. He needs experience, but he’s a player for the future.”