The first game against the small South African nation of Lesotho ended in a 4-2 away win for Nigeria. This time, Nigeria made a more dominant impression. Nigeria beat Lesotho 3-0 in their final Africa Cup of Nations qualifier in Lagos on Tuesday at the Teslim Balogun Stadium (Nigeria’s first match in Lagos in over a decade). Victor Osimhen opened the scoring after Samuel Chukwueze put him through on goal. Oghenekaro Etebo doubled the lead for the Super Eagles before substitute Paul Onuachu scored to close the game.

Gernot Rohr made changes to the squad that defeated Benin. Daniel Uzoho for Maduka Okoye and Tyronne Ebuehi for Ola Aina. Alex Iwobi was cleared to play the game after testing positive for Covid-19 earlier in the week and he replaced Henry Onyekuru in the lineup. That game against Benin was a dead-rubber affair before the match even began as Sierra Leone and Lesotho drew hours before the game. This game meant even less but Nigeria still had to prove a point after some dreadful showings in recent memory. Lesotho was no match for the eagles as they managed only one significant shot. It was from a freekick and Daniel Uzoho – back in the starting lineup after almost a year – made the save. The rebound was slammed in by an offside Litsepe Marabe but was rightly ruled out.

Nigeria dominated the game, secured the top spot, and condemned Lesotho to the bottom of the group.

The popular quote says “when there is a will, there is a way,” and Osimhen’s style reflects that statement. Osimhen gave chase to loose balls, pressed/harried defenders, and linked up play with his back to goal. This is the reason why even though his Napoli career has not gone according to plans, the Neapolitan faithful love him. They love his zeal. He was a handful for the Lesotho defense as he is for most defenses. Linkup play, bedazzling movement, incredible speed & size + sheer power of will. Indeed he had more opportunities to score but the 1 was enough for him to win the man-of-the-match award.

Paul Onuachu has scored 27 goals for Genk in Belgium this season but he has been maligned for his time with Nigeria. Onuachu is a proper target-man at 6ft5 and if you use him according to his strengths you will reap results. If you expect him to bust his guts like Osimhen then you won’t enjoy him. The Owerri-born striker entered the game against Benin and scored the winner in the last minute of the game. He came on and scored the third goal to close the game against Lesotho. This goal wasn’t as essential but the finish was so good. Collecting a pass from fellow substitute Henry Onyekuru before firing away from goalkeeper Sekhoane Moerane with the outside of his boot. A fine finish from a man on form.

AFCON 2022 Hopes?
Do not get carried away! Calm yourself. Senegal have a world-class squad comprising of players such as Sadio Mane, Kalidou Koulibaly, Edouard Mendy, Ismaila Sarr, and Idrissa Gueye. They are major favorites for the tournament to be held in Cameroon in 2022. Tunisia drew 1 and won 5 of their group’s games showing real ambition in their outings. Ivory Coast won 4, drew 1, and lost 1 in their group. Another side with very good players such as Franck Kessie, Wilfried Zaha, Nicolas Pepe, Amad Diallo, and Serge Aurier. Ghana is no slouch either, they won 4, drew 1, and lost 1 in their group. Current champions Algeria will be looking to retain their title too. Morocco also had an impressive record in the qualifiers and should be in contention.

With all these teams, it feels like Nigeria has a mountain to climb if they want to win this title. The performance against Lesotho was good but they are not of the best pedigree to use for benchmarking. But it is cup football and anything can happen. Congratulations to the Super Eagles on qualification for AFCON Cameroon 2022. 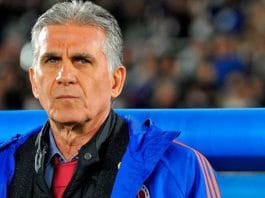 Carlos Queiroz leaves his position as head coach of Egypt after... 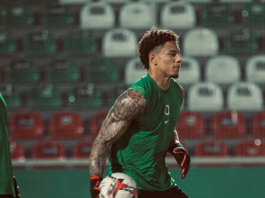 Opinion: Was the Maduka Okoye slander worth it? 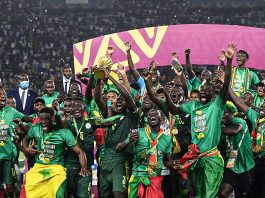 ABOUT US
Football lovers, unite! and then follow our page for all the latest stories the football world has to offer. Want to see what your team and players have been up to? We have their gist!!
Contact us: he[email protected]
FOLLOW US
© Copyright 2022 Birdiefootball
We use cookies on our website to give you the most relevant experience by remembering your preferences and repeat visits. By clicking “Accept”, you consent to the use of ALL the cookies.
Cookie settingsACCEPT
Manage consent