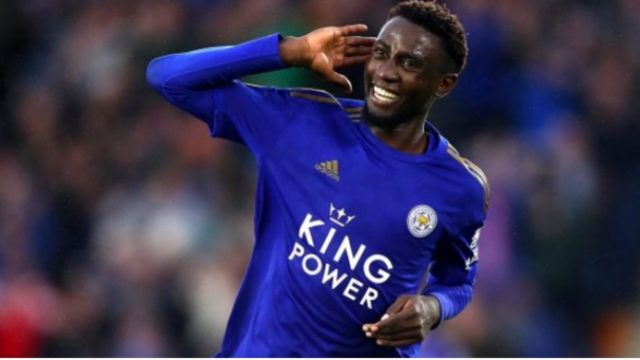 Jamie Redknapp has identified Leicester City midfielder Wilfred Ndidi as the type of player Arsenal have been ‘crying out for for years’.

On Saturday, Ndidi dazzled in midfield as the Foxes grabbed a 2-0 win against Arsenal at the King Power Stadium.

The 22-year-old completed the most tackles (7) in the encounter, managed a 100 per cent passing accuracy in the final third and also made key interceptions (3) and successful take-ons (3).

The Nigeria international is currently the best tackler in the English top-flight with 60 tackles completed this season.

Former Liverpool captain Redknapp believes the Nigerian might be the solution to Arsenal’s problem in the defensive midfield.

“He does a great job. He’s the sort of player that I think Arsenal have been crying out for for years,” Redknapp said, per Express Sport.

“He’s 22 years of age, got great pace, good energy, can pass the ball.

“I think about the game earlier in the season when he gave the ball away against Chelsea and I thought ‘I wonder how he’ll react’. He ended up scoring a goal after it.

“For such a young man he plays with so much assurance and the sort of player that [Adams] would have loved to have in front of you.

“You [Adams] played with the magnificent Patrick Vieira. At 22 years of age, he’s got it all.”

Former Arsenal centre-back Tony Adams agreed that Ndidi might be the cover the Gunners need for their defence.

“I met John Jensen the other day and he scored one goal in 1999, he said: ‘It’s your fault because all you used to do is say stay in front of me and protect me’.

“I didn’t let him go forward and stuff but [Arsenal] need that, they need that protection.”