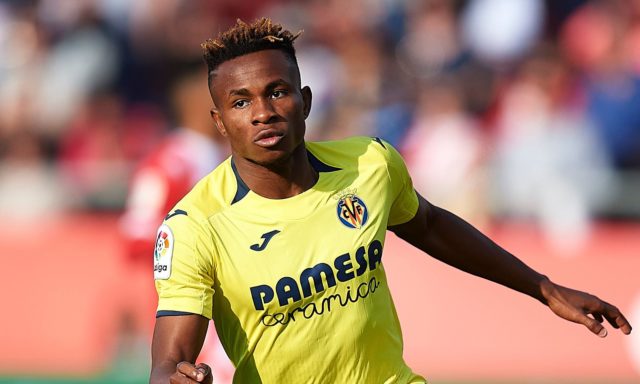 Nigeria winger Samuel Chukwueze bagged an assist as Villarreal recorded their second win of the season following a 2-0 home win against Real Valladolid in their LaLiga clash on Saturday.

Santi Carzola had put Villarreal ahead from the spot in the 7 7th minute.

however, an assist from 20 years old Chukwueze helped Javi Ontiveros to score his maiden goal for Villarreal in the 89th minute, which doubled the hosts’ lead after Santi Cazorla broke the deadlock in the 77th minute.

Chukwueze has so far this term scored once and recorded an assist in four Laliga appearances for the Yellow Submarines.

The victory at Estadio de la Ceramica moved the Yellow Submarine to third place in the La Liga table with eight points after five matches.

Villarreal’s next league game is against Barcelona at the Nou Camp on Tuesday.