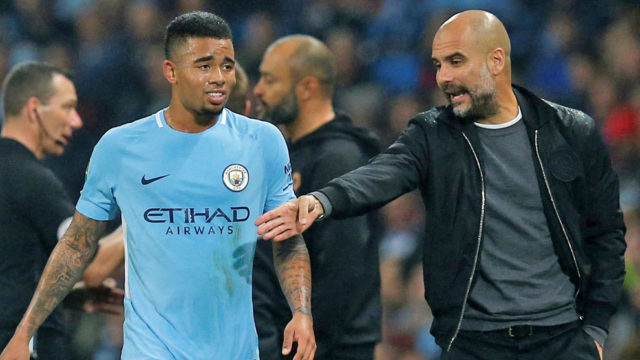 Describing Gabriel Jesus as an “incredible fighter”, Guardiola said his side “needs” the forward after he helped the champions get back to winning ways with a comfortable victory at Burnley.

City who won only once in their previous five games in all competitions  went into Tuesday’s match 11 points behind leaders Liverpool.

But they were convincing at Turf Moor with Jesus curling home a fine opener for his first goal in 11 games.

Midfielder Rodri added a stunning third from 20 yards and substitute Riyad Mahrez netted a fourth to take them back into second place in the league.

Robbie Brady blasted in a late consolation for the Clarets, his first Premier League goal in more than two years.

The match had the unusual kick-off time of 20:15 GMT because it was being streamed live online by Amazon.

Leicester could move back above the champions if they get a point or more at home to Watford on Wednesday.

On City’s hopes of winning a third straight Premier League, Guardiola said sarcastically: “The title is over – that’s what I read. No-one gives us a chance, it’s done. No, I don’t believe it.

“Our team is stable and that’s what we want. For the distance we have against Liverpool it would be crazy to think about the title, honestly.

“It is about the next game.”