The UEFA Euro 2020 is now scheduled to take place between June 11 2021 and July 11 2021 due to events that are well known. England secured qualification to the tournament easily. They finished top of their qualifying group which also contained the Czech Republic, who finished second ahead of Kosovo. They are in Group D where they will face Croatia, Czech Republic, and Scotland.

England has a very talented squad brimming with youth, experience, and hunger. Not like this has not been the case before. Their 2004 and 2008 squads were rife with world-class players on the team sheet but a case can be made that the quantity now would edge those of the earlier days (not the quality). England also has more balance in the team now compared to the former days.

Roy Hodgson dropped Javier Mascherano as his Balon d’Or pick in 2015. It was derided for its silliness but he was choosing from his pain. The then England coach lacked exactly this sort of player throughout his spell as England boss. They never had this sort of defensive lynchpin who could link play between the defense and midfield while remaining positionally disciplined and defensively resolute. They have that sort of player within their ranks in Declan Rice. He may not be at the Argentine Maestro’s level yet but he is a very good player. England also has Leeds United’s Kalvin Phillips.

The problem now is fitting all these players into a SQUAD. Balancing the attacking intent and the defensive awareness. Picking players that fit the style of play and compliment each other on the field is also important. Gareth Southgate looks hell-bent on continuing his 3 defenders madness even though there looks to be no tactical reason why. England has good full-backs, not wing-backs. Astonishingly, he uses Kyle Walker who will make a good wing-back as part of the back 3. While the English central defenders have a decent enough experience playing in a back 3, they are more suited to a back 2. Harry Maguire plays in a back 2, so do John Stones, Tyrone Mings, and James Tarkowski. We try to pick a starting XI and full squad for the Euro 2020 using a 433/4231

Nick Pope of Burnley gets into the starting XI ahead of Pickford. The two men have committed 2 errors leading to goals in the English Premier League but Pope has kept 7 clean sheets compared to Pickford’s 3. Both men are not great on the ball with Pickford very popular for his long punts. Pope under the tutelage of Sean Dyche does not need marvellous footwork to play. He is better at claiming crosses too so that gives him an edge but watch Southgate start Pickford. Dean Henderson is down the pecking order at Manchester United but sneaks in with no other competent hands around.

Yes, there is no room for Kyle Walker in our XI who is behind Joao Cancelo on the Manchester City roster. He will find his way into the squad though thanks to the waistcoat-wearing English coach. Matty Cash of Aston Villa who has been in terrific form marauding the Villa right side, overlapping Bertrand Traore but misses out. Aaron Wan-Bissaka of Manchester United does not make the squad too even though he has improved in the final third and continues to be a tackling maverick. Reece James has been one of the most consistent performers in the EPL this season for Chelsea and he makes the cut. Trent Alexander-Arnold has not displayed his best performances for England but remains too good to be overlooked.

Ben Chilwell of Chelsea is out of our team. Despite starting the season in top form, he has trailed off and it looks like Marcos Alonso is usurping him with new coach Thomas Tuchel switching to a back 3. Luke Shaw is in terrific form with United and should find his way into the squad. Bukayo Saka continues to show that he can fulfill any role required of him and he should take the other left-back position. His swiss army ability will be useful.

Manchester United’s much-maligned defender Harry Maguire makes it. Look, Maguire is a very good defender. He is not an 80 million Pound one but a good one nonetheless. John Stones makes it into the squad after a resurgence at Manchester City beside Ruben Dias. Lewis Dunk continues to be a very fine defender for Brighton and Graham Potter, as does James Tarkowski for Burnley. No space for Everton’s Michael Keane. Conor Coady does not make our list but expect him to make Southgate’s list. If he enters ahead of Dunk or Tarkowski, it will not be a problem. He is a good defender in his own right.

Declan Rice and Kalvin Phillips are good midfield anchors for the base of midfield, so they should be in. Jordan Henderson has been playing as a defender for Liverpool but he is one of the best midfielders in the world and deserves a place here. James Maddison has been in terrific form for Leicester City this season. He is a nominee for Premier League’s January Player of the month and should make the squad. Mason Mount is having a great season with Chelsea even though people continue to question his ability and usefulness despite him being crucial for all his coaches. Mount is in. Phil Foden has been unplayable with the dominant Manchester City and should make the squad too. No place for Ruben Loftus-Cheek, Ross Barkey, Ainsley Maitland-Niles, Eric Dier, or Jude Bellingham (should be with the U21 anyways).

Marcus Rashford is lethal on the counter, can play a lot of positions and he is getting better. He takes a very contested spot. Raheem Sterling will be there too. Jack Grealish has arguably been the best player in the English Premier League so he should be here. Jadon Sancho did not start the season in good form but he has begun to show what we know he is capable of. He takes the last spot. Callum Hudson-Odoi misses out and so does Mason Greenwood. So does Harvey Barnes despite his form for Leicester City.

The top 2 English goal scorers at the moment. Harry Kane starts and DCL is a great target-man to throw on. They can also work together if need be as Kane can play off him. Patrick Bamford, Ollie Watkins, Jamie Vardy, Callum Wilson, Danny Ings, and Tammy Abraham all miss out. 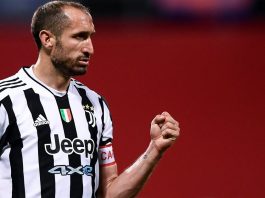 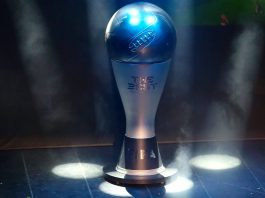 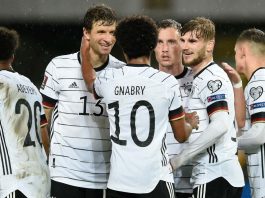